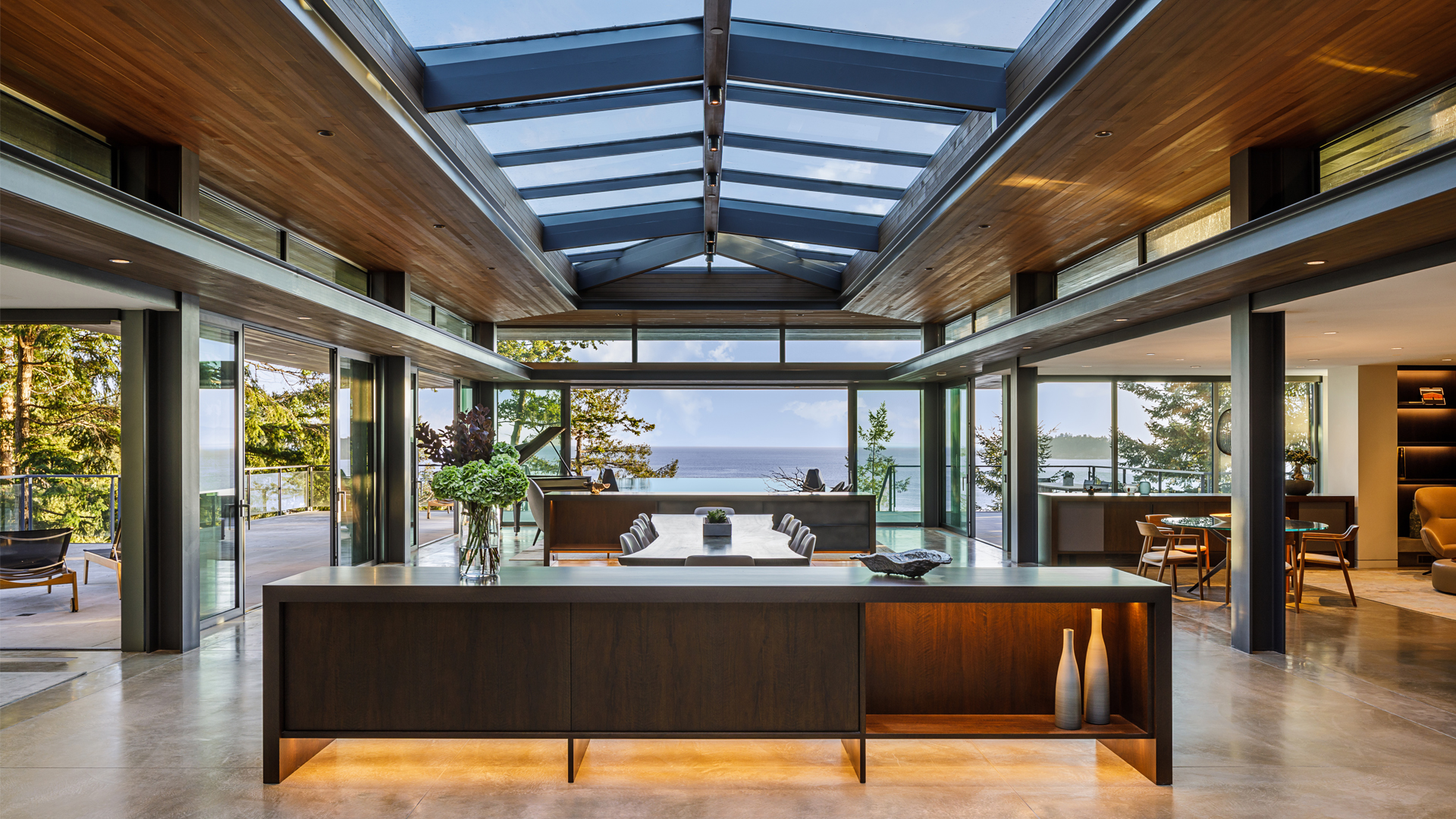 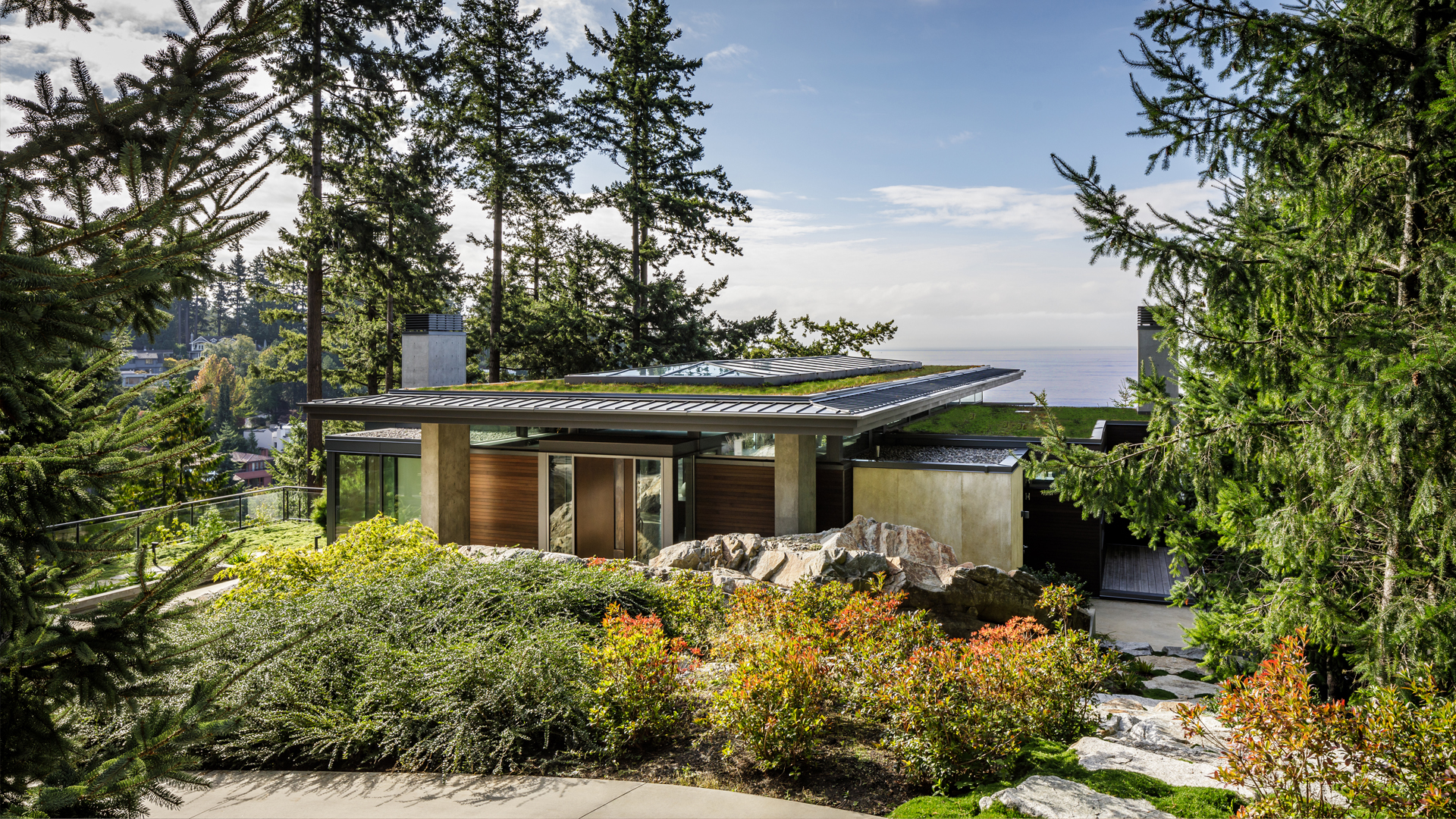 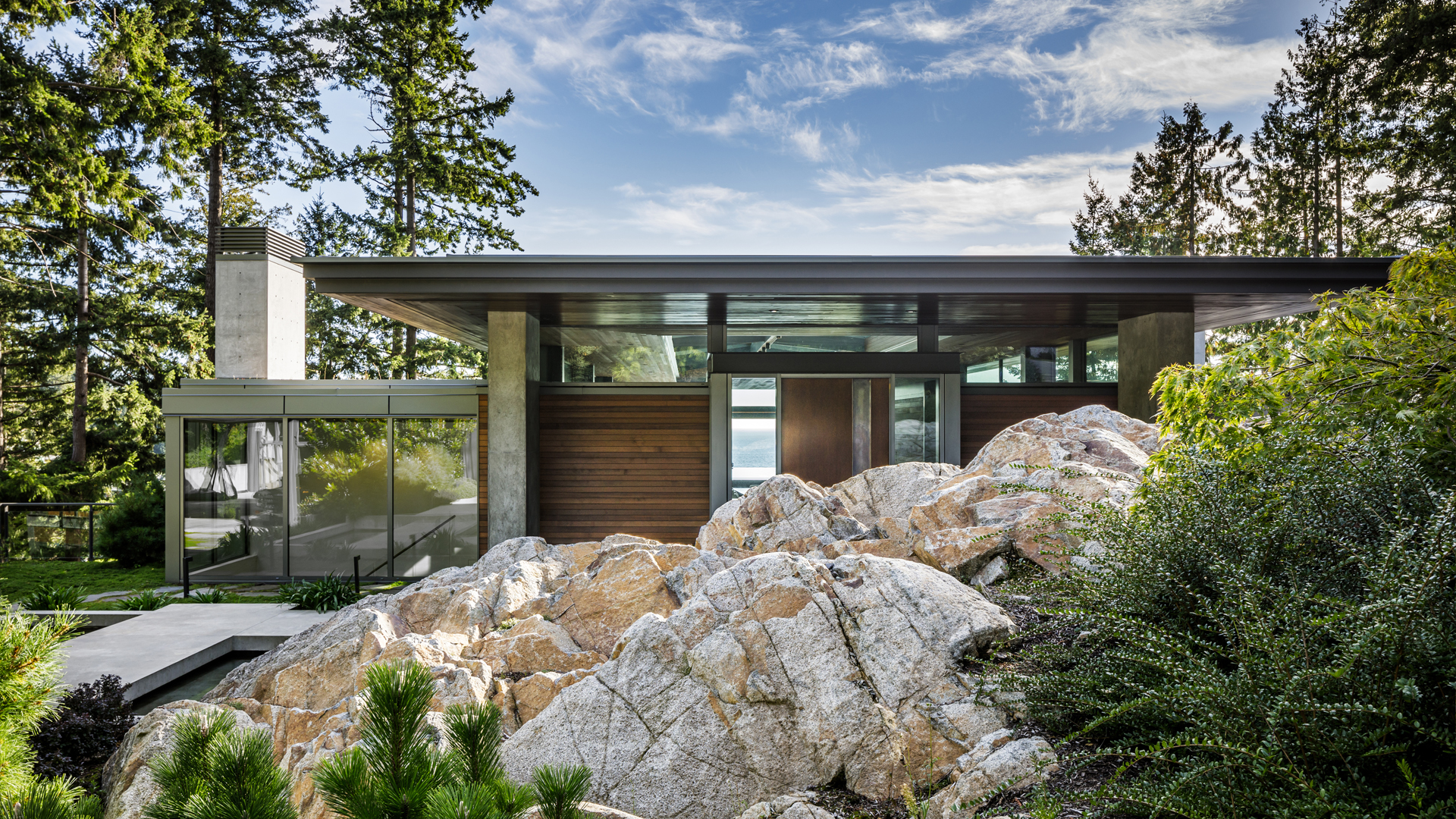 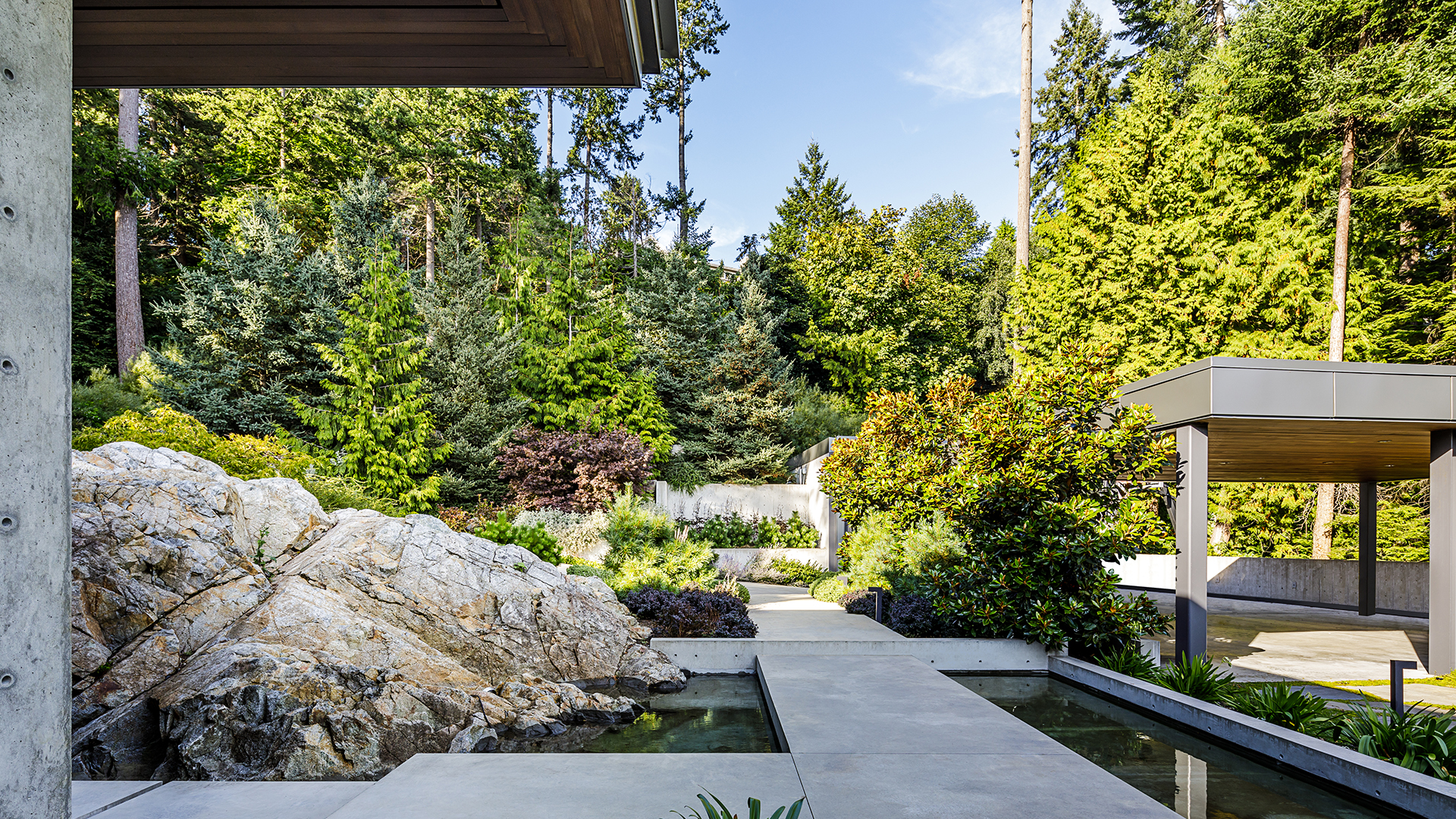 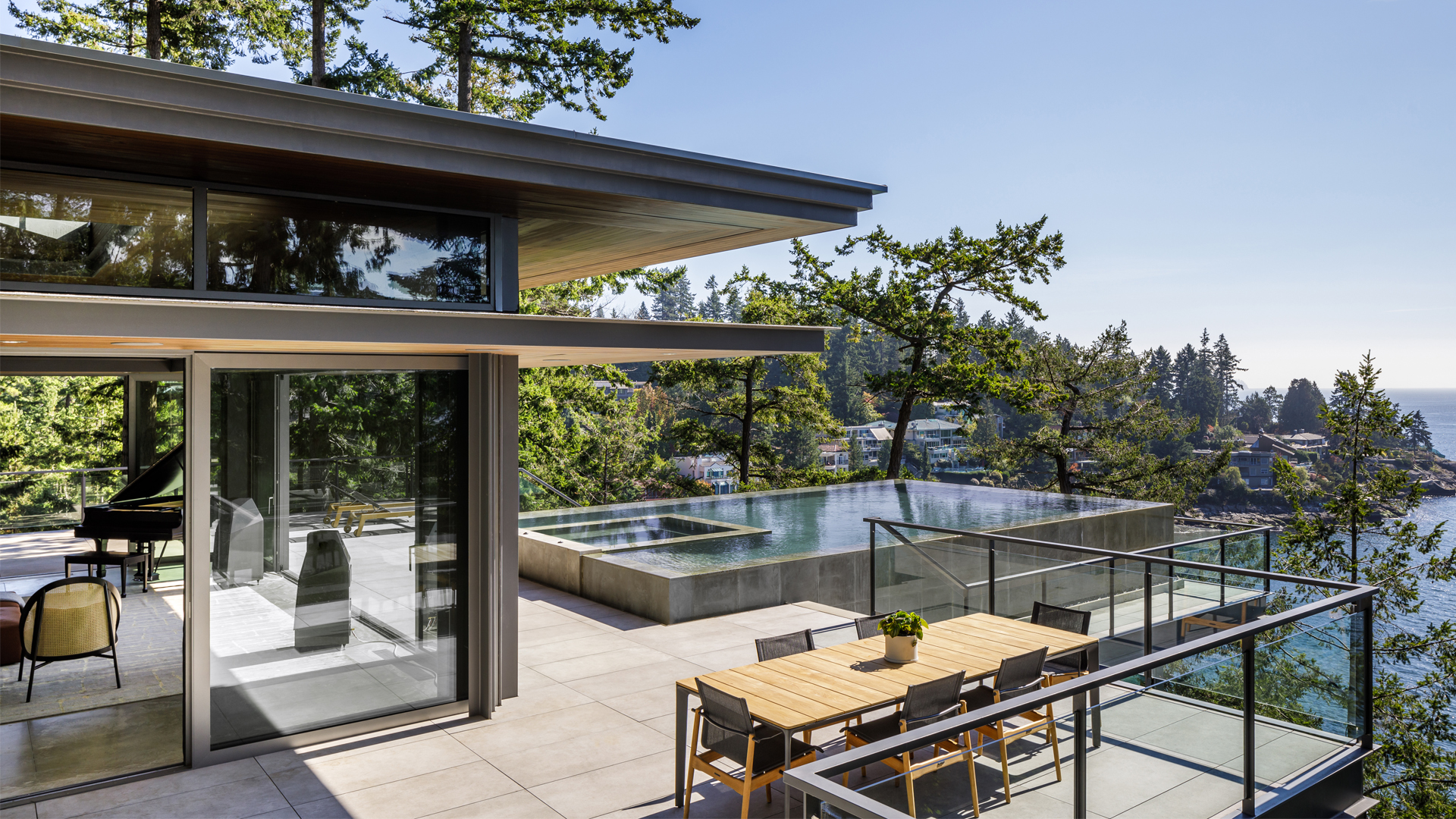 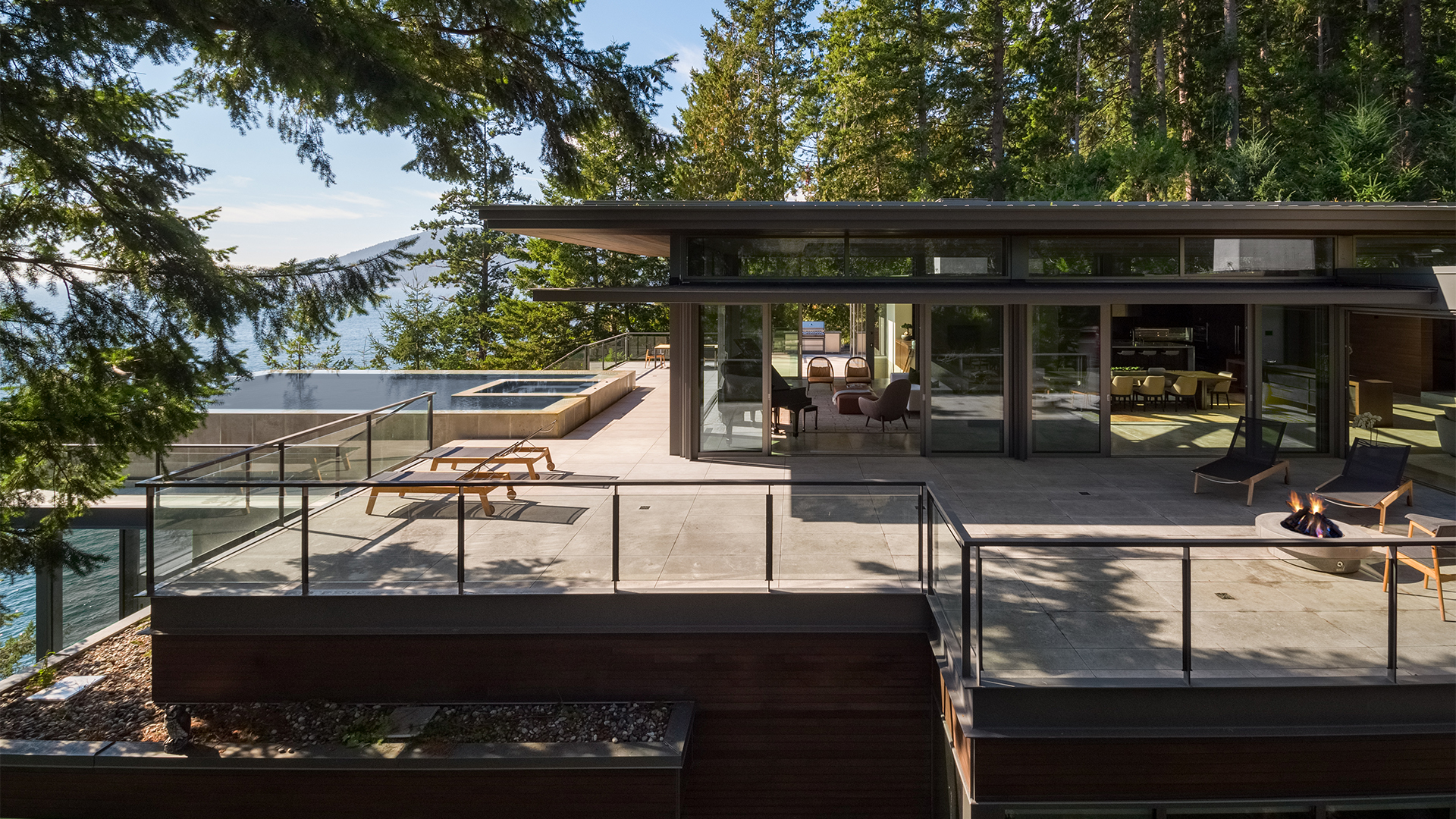 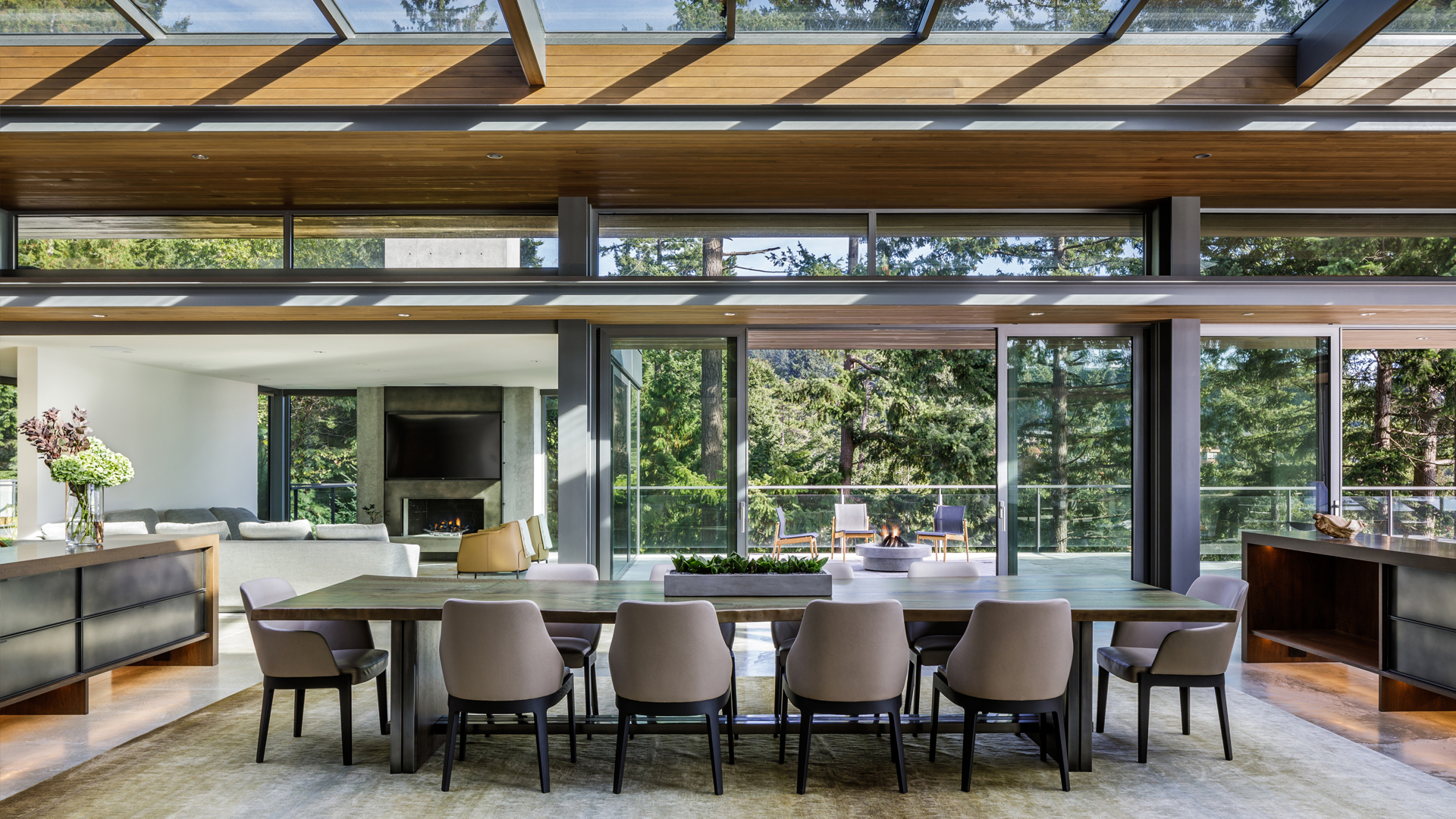 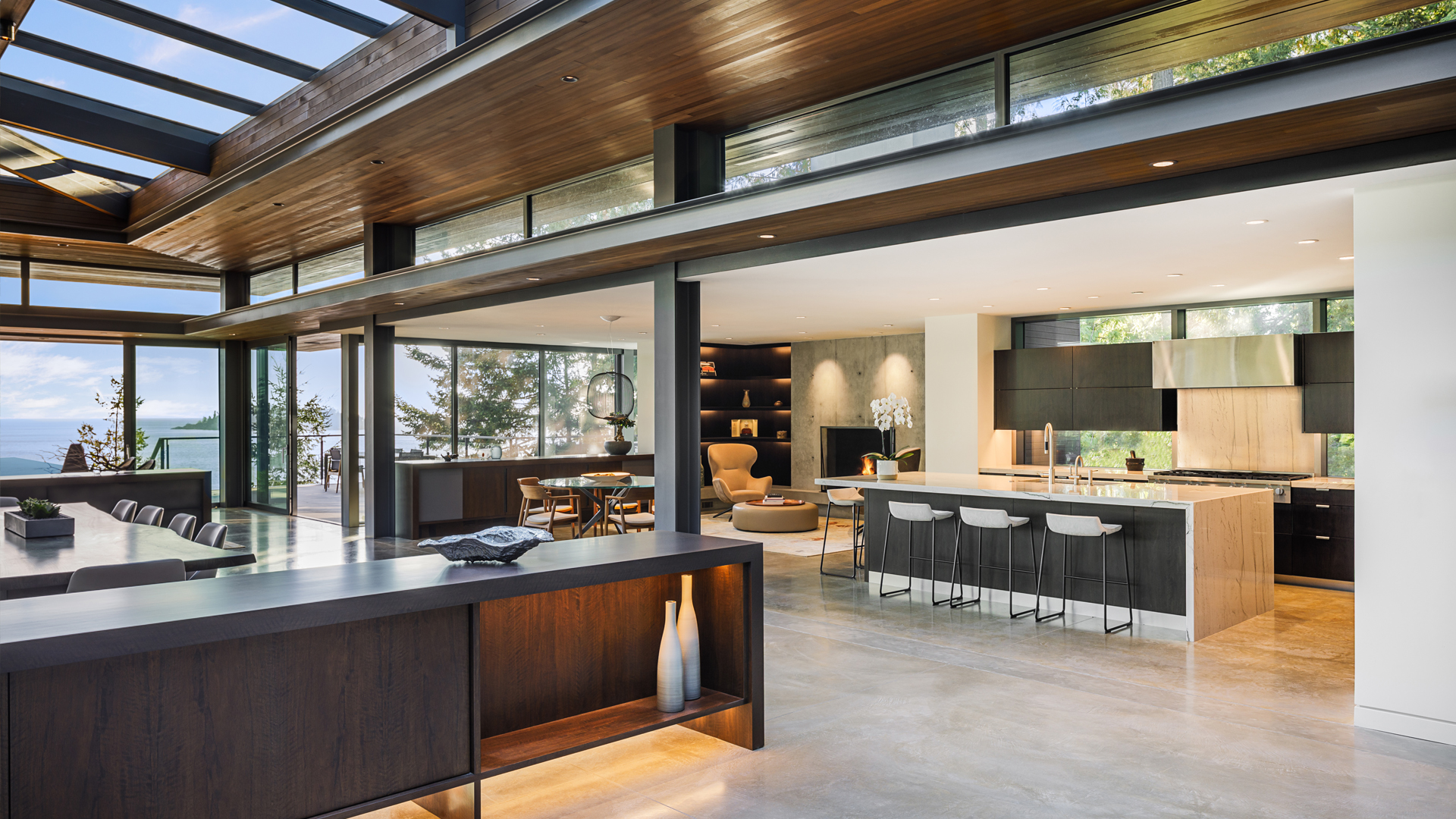 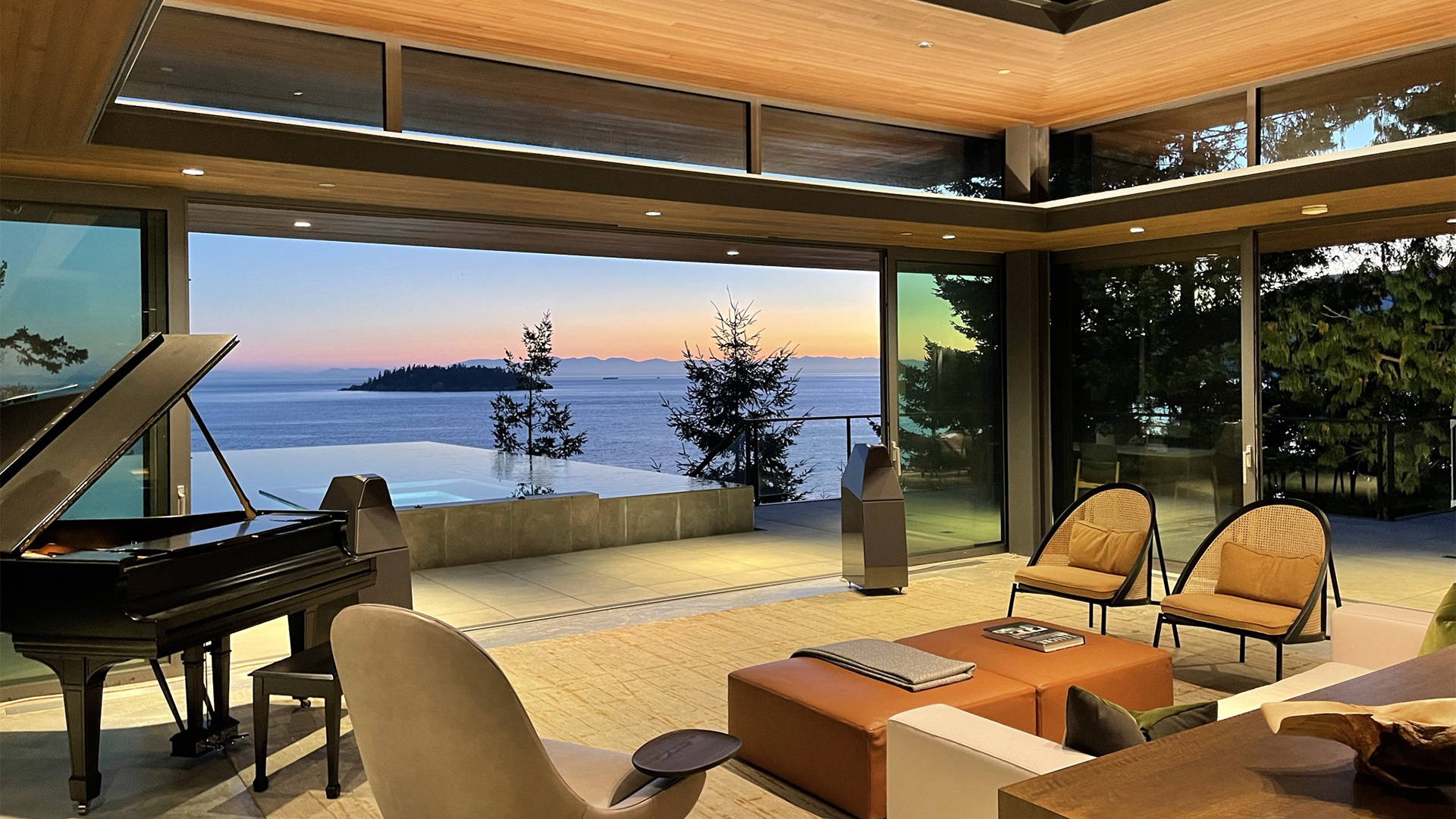 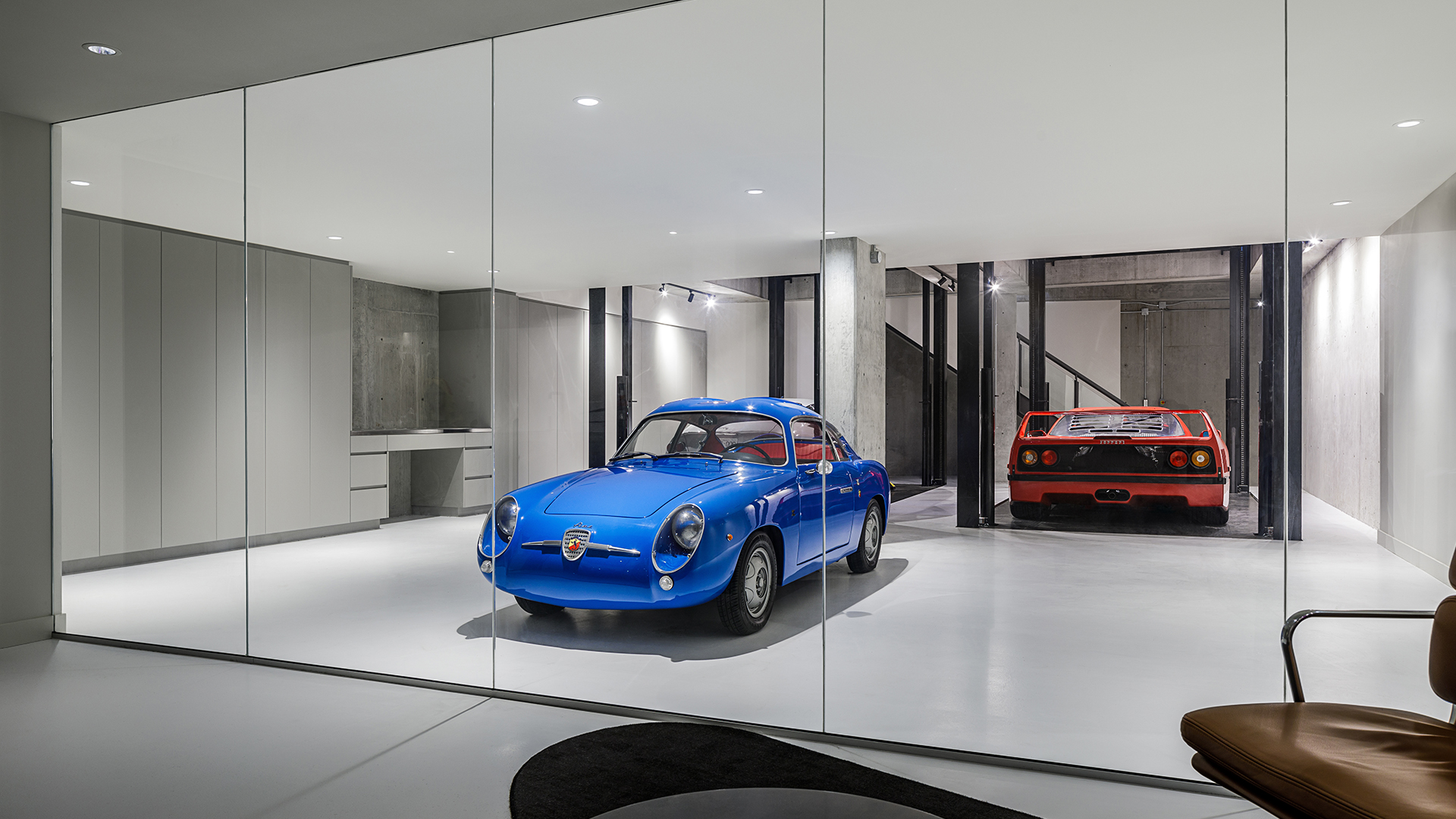 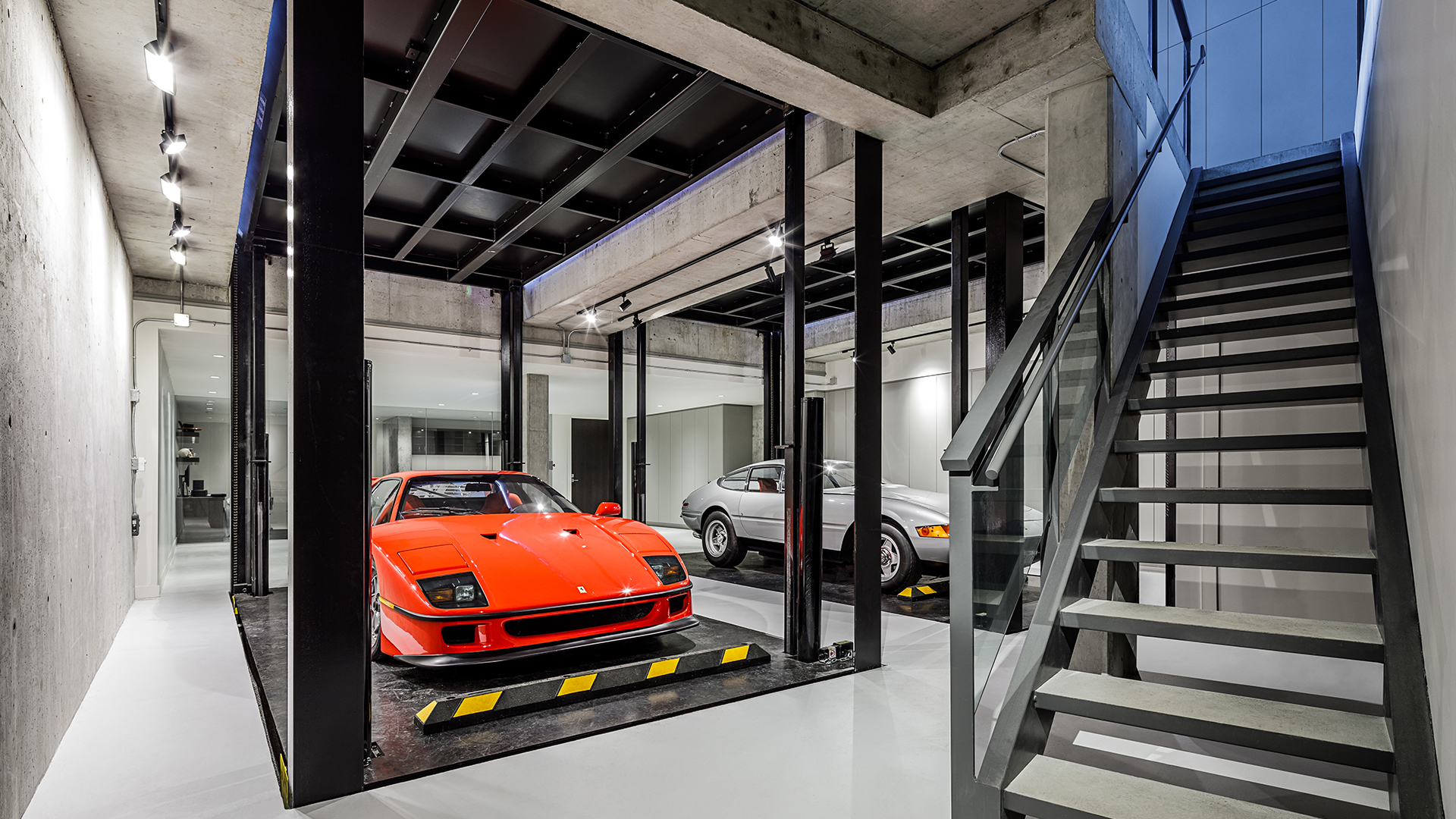 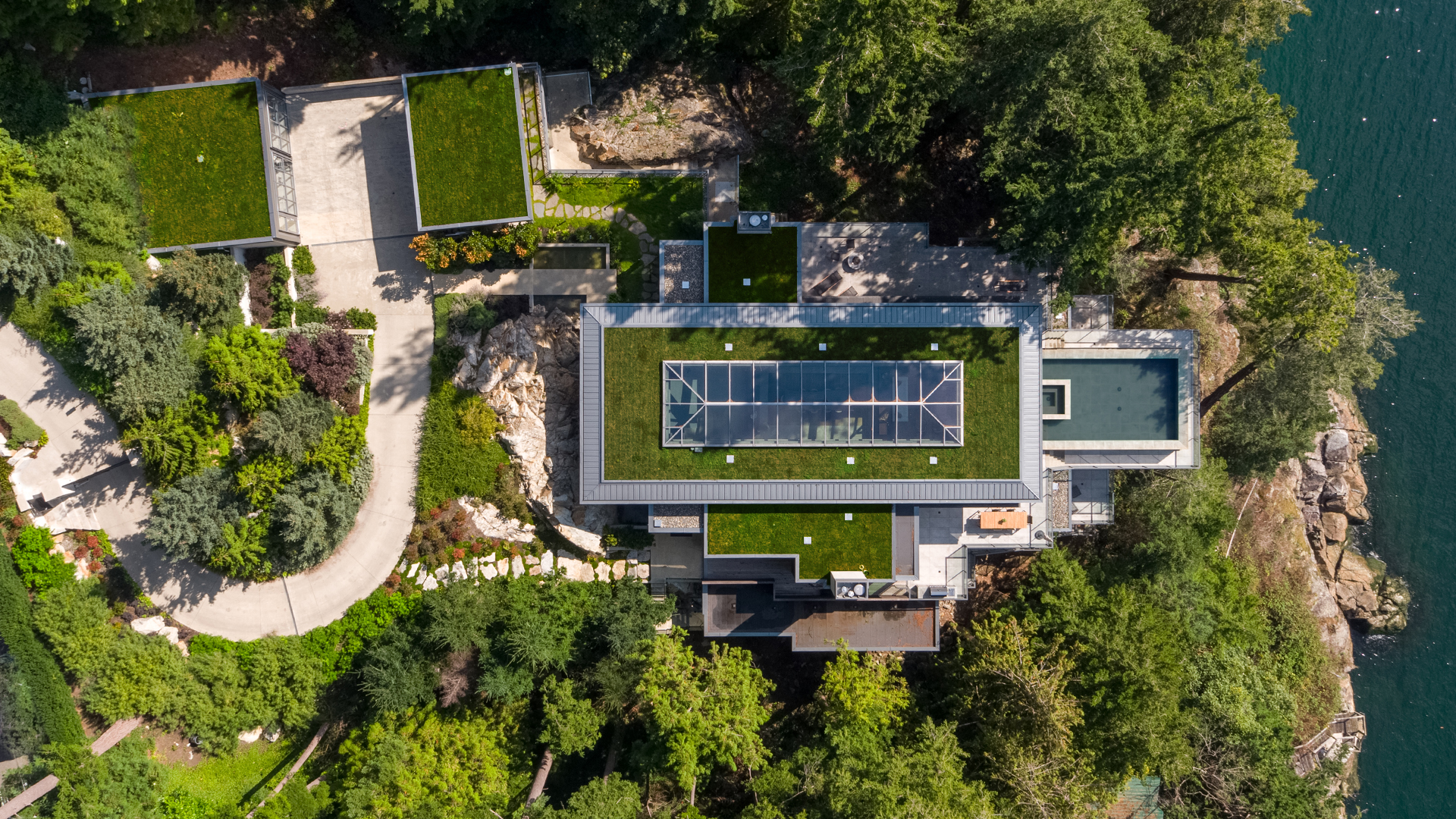 We call this home the grand pavilion. It embraces the rugged topography. The integration of the architecture to the surroundings of this magnificent ocean front lot was one of the most important aspects of the design. The site was initially determined to be unbuildable due to the steep terrain and difficult access. The key to the success of this design was the careful sculpting of the home into the stone outcroppings which encompassed the majority of the site in the shape of a peaked rock peninsula. To make the design work, the top of the rock peninsula was removed by major blasting. Essentially, the home you see was formed into the rock-scape. The result is a home that embraces nature as it is deeply nestled into the forest. The open space pavilion of the main floor forms a dramatic great room open floor concept. Bedrooms are below in this reverse plan home that works with the topography and views.